Tampines residents can get free kits to grow veggies at home

Tampines residents can get free kits to grow veggies at home 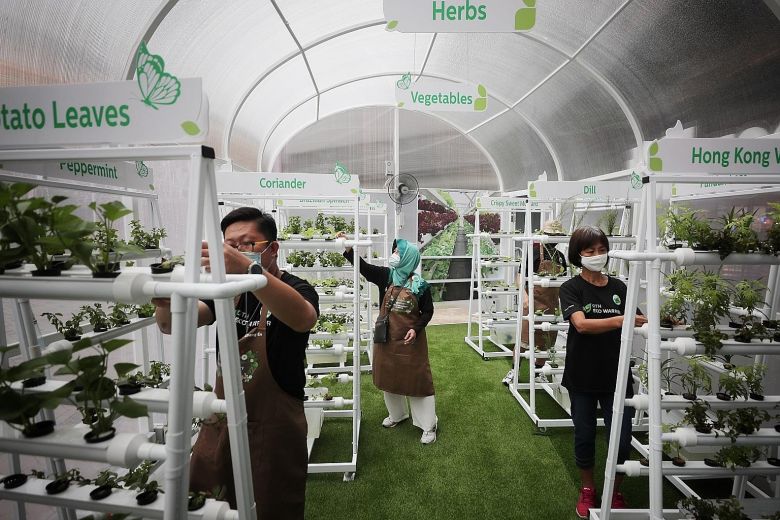 Tampines residents will soon be able to grow their own organic vegetables for personal consumption in a cleaner, more efficient way.

Rather than the traditional method of planting in soil, Our Tampines Hub is offering residents vertical hydroponic kits that can be used to grow veggies at home, it announced yesterday.

The structure - about 1m wide and just under 2m high - can accommodate about 20 plants.

A pilot project will see about 50 kits being given free to residents whose homes are suitable, such as those with enough sunlight.

The scheme is part of an initiative called Our Green Hut, which also involves starting a vertical hydroponic farm to produce more than 15 types of vegetables.

Mr Masagos Zulkifli, a Tampines GRC MP, told reporters at the launch event: "The bigger plan is to actually grow food within Tampines. We are releasing some carpark rooftop gardens that will not just be producing vegetables, but also for residents to get involved in growing a commercially viable rooftop garden."

About 600 Tampines residents have indicated interest in the vertical hydroponic project.

"This is only the beginning," said Mr Masagos, who is the Minister for Social and Family Development. "We don't want this to be a one-time endeavour and then they throw the equipment away.

"We want them to prove that they want to do this as a continuous endeavour to grow food at home, starting with simple vegetables, and then maybe later on with more difficult ones."

This also feeds into the bigger aim of Singapore meeting 30 per cent of its nutritional needs by 2030, a plan that has been brought forward due to the coronavirus crisis, Mr Masagos noted.

"We must also get involved in understanding what we need to grow food at home, so that our children understand the technology involved... as well as the production and the growth," he said.

Ms Tan Min Choo, 64, a retired air traffic service officer and a volunteer at Our Tampines Hub, is one of the first residents to start growing vegetables like chye sim using the vertical hydroponic kit. 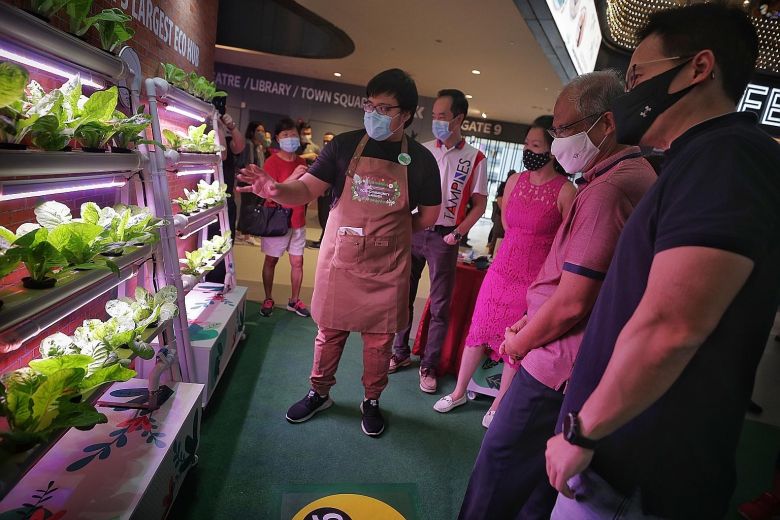 The structure was installed on her balcony about a month ago ahead of the pilot project. She said: "I used to live in a kampung, so I have always liked planting vegetables and I thought there was no harm trying something new."

The kit ensures nutrient-filled water is circulated internally, so Ms Tan does not have to water the plants daily but just monitors the nutrient level using a meter every few days, adding nutrients or water if necessary.

The plants take about three weeks to harvest.

"This kit makes growing vegetables so clean, whereas soil can be dirty and dusty. It also saves space because of the vertical set-up," she added.

Reference: The Straits Times, Tampines residents can get free kits to grow veggies at home