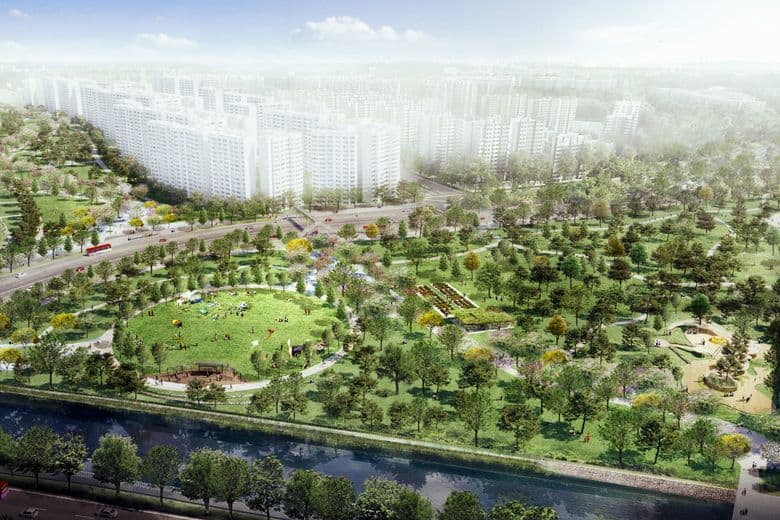 Residents will get to enjoy more greenery, with a new park slated to be built by 2022.

SINGAPORE - Plans to transform Tampines into an eco-town are shaping up, with a raft of projects completed and in the pipeline, the Tampines Town Council said on Tuesday (June 23).

When these plans are rolled out in the next five years, residents will be able move around more easily without a car as more cycling paths will be built and footpaths widened.

They will also get to enjoy more greenery, with a new park slated to be built by 2022, and more nature is infused into grey structures like on the rooftops of multi-storey carparks.

The announcement of the five-year masterplan by the Tampines Town Council, chaired by People's Action Party (PAP) MP Cheng Li Hui, is the latest in a slew of similar announcements last week by other PAP MPs helming estates in areas such as Tanjong Pagar GRC and Holland-Bukit Timah GRC.

It also comes as President Halimah Yacob on Tuesday (June 23) dissolved Parliament, setting in motion a widely-anticipated general election which will see Singaporeans heading to the polls on July 10.

In a statement, the Tampines Town Council said it had planned to launch its five-year masterplan with an exhibition in March.

But, it added: "Due to Covid-19, Tampines will announce its projects via its social media platforms and digital noticeboards. In addition to the regular estate enhancements, Tampines residents can look forward to many large-scale, town-wide projects in the next five years."

There are about 151,000 eligible voters in Tampines GRC.

"The Tampines five-year master plan focuses on the development of an inclusive, sustainable, and green town with community spaces and amenities for everyone to enjoy," said the town council.

Other sustainable features that will be rolled out include fitting all suitable Housing Board blocks with solar panels, and by painting some blocks with "cool coating" to reduce the amount of heat absorbed by the building.

Such coatings include paints that contain pigments that can reflect heat.

For a start, some 200 blocks will be coated with the cool coating during repainting works from around 2022, said the town council.

A circular ecosystem refers to one in which the by-products from one process are channelled into another, reducing the need to use fresh resources at each step.

In this initiative, residents segregate food waste generated at home and feed it to black soldier fly larvae.

The larvae break down the food waste into fertiliser, which can be used in a vertical vegetable farm. The pupa of the black soldier fly can also be processed and fed to tilapia fish reared in the Tampines Park pond.

"As a result, we will reduce food waste and more significantly, strengthen the community's food resilience," said the town council.