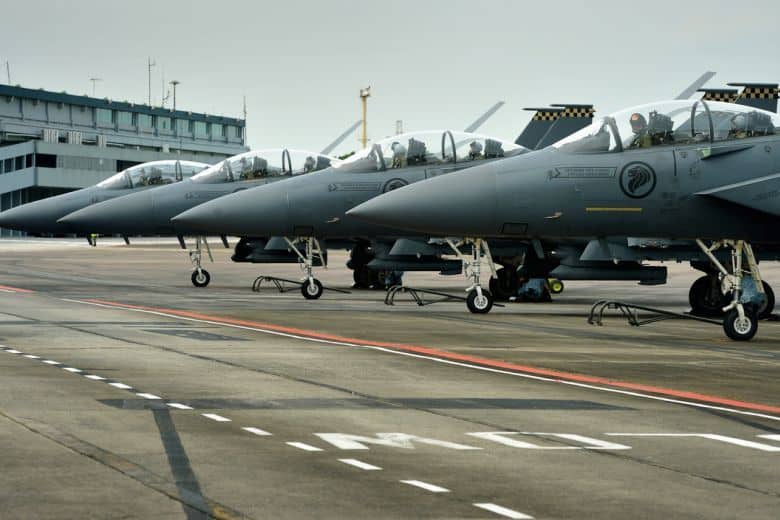 The Paya Lebar Air Base was historically the site of Singapore's second international airport, Paya Lebar Airport, from 1955 to 1981.

The public will get a chance to imagine the future of the Paya Lebar Air Base site and its surrounding industrial estates in a competition.

They can submit ideas to Runway For Your Imagination on how the 800ha site can be redeveloped after the airbase relocates from 2030.

Members of the public, including urban planners, architects and real estate industry professionals, could win up to $5,000 in the open category, while tertiary students could win up to $3,000.

The current military airbase was historically the site of Singapore's second international airport, Paya Lebar Airport, from 1955 to 1981.

After the airport moved to Changi, the site was converted into an airbase.

Its relocation, which was announced by Prime Minister Lee Hsien Loong during his National Day Rally speech in 2013, will free up a swathe of land bigger than Bishan or Ang Mo Kio.

Concept Master Plan involves illustrating a highly liveable and sustainable town for residents in the 2030s, with new ways to live, work, play, learn and move, as well as a distinct identity anchored to its aviation heritage.

For Transforming The Runway, participants should propose ways in which stretches of the 3.8km runway can be developed into a public space for people of all ages and abilities.

Rejuvenating Paya Lebar Airport focuses on giving a new lease of life to the cluster of former airport buildings, which comprise the terminal building, control tower offices and hangars.

Proposals can include the addition of new buildings and public spaces, integrated with retained buildings.

URA chief executive Lim Eng Hwee said: "The future relocation of the Paya Lebar Air Base presents an exciting canvas of possibilities for us to create an attractive and sustainable township with inclusive public spaces in Singapore.

"Through the ideas competition, we hope that members of the public can let their imagination take flight and join us in painting a new vision for this future space - one that is filled with boundless opportunities."

Reference: The Straits Times, Redesign Paya Lebar Air Base as town of the future in URA competition