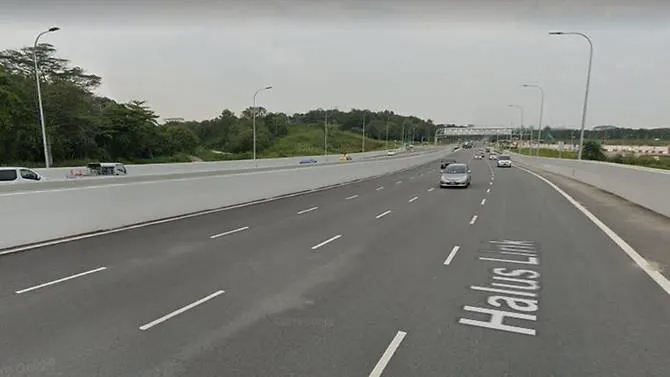 The opening of the slip road marks the completion of a two-phase expansion of the Kallang-Paya Lebar Expressway and Tampines Expressway (KPE/TPE) Interchange, LTA said.

“The expanded interchange will serve existing and new developments in Punggol town by improving connectivity between the KPE and TPE with Punggol Central, Pasir Ris Industrial Drive 1 and Lorong Halus," LTA said.

The first phase included the construction of roads, three vehicular bridges crossing Sungei Serangoon and Sungei Blukar, as well as a flyover across the TPE and other ramps and drainage works.

The second phase included the construction of a vehicular bridge crossing Sungei Serangoon, one flyover each across the KPE and the TPE, as well as a road extension from Lorong Halus.

“Since the progressive opening of the roads from 2018, traffic conditions have improved at TPE between Punggol Way and KPE, and the existing access points of Punggol town through Punggol Road and Punggol East," said LTA.

To inform motorists of the changes, radio messages will be broadcast on LTA Traffic News. Informational and directional signs will also be put up closer to the slip road’s opening date, said LTA.